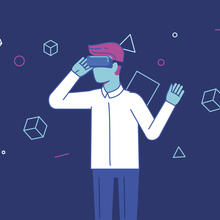 The Impact of AI on Analytics: Machine-Generated Intelligence

We’ve entered the third generation of analytics. The first, which spanned the 1990s and 2000s, consisted of largely IT-generated reports and dashboards. The second, which ran from 2008 to the present, was dominated by self-service analytics, which liberated power users from spreadsheets and IT. Today, with the growth of artificial intelligence (AI), we’ve entered the age of machine-generated intelligence. (See figure 1 below.)

Figure 1. The Evolution of Business Intelligence

The third-generation injects AI and machine learning into BI tools, making them easier to use for all types of business users. These AI-infused BI tools surface significant insights that would otherwise remain hidden; they enable business users to have real “conversations” with data where they can ask any question with written or spoken words and receive answers instantaneously. The tools improve data and analytics literacy, showing business users how to interpret data and respond optimally to various events and issues.

On the data side, these third-generation BI tools can identify data types, formats, hierarchies, and primary and foreign keys. They can specify joins and generate data models so data analysts can spend more time analyzing data than preparing it. Almost magically, the tools can generate dashboards with charts and tables that represent the most significant trends, anomalies, and performance drivers in a pre-defined data set. For streaming data, they can monitor the performance of tens of thousands of metrics in real-time and alert users when one of those metrics exceeds historical norms. (See Appendix below for a bulleted list of AI functions.)

In short, AI will substantially transform BI. Rather than start with a hypothesis, data analysts will start with an AI-driven insight. Instead of querying data to prove or disprove their hypothesis, they will query data to expand or validate a machine-generated insight or recommendation--or they just might act on the AI-based insight at face value. But to get to that point, third-generation BI tools will need gain people's trust by consistently delivering accurate, relevant, and transparent insights within the context of a business user's existing workflow.

In the near future, AI-infused BI tools will supplement root cause analysis by recommending ways to address or fix issues, run simulations to optimize processes, create new performance targets based on forecasts, and automatically take action. Yes, machines will make decisions for us. This should be no surprise given that our automobiles will soon drive themselves.

Some leading-edge companies, such as Stitch Fix, an online apparel retailer, use algorithms almost exclusively to make operational decisions, such as determining which products to ship to which warehouses at what times in which vehicles. (See our podcast interview with Jeff Magnusson.) Initially, Stitch Fix assigned humans to review operational decisions made by algorithms. But it turns out that machines are better at these tasks than humans so Stitch Fix disabled the review process and let the machines make and execute routine decisions on their own.

Despite some dystopian predictions, machines, including third-generation BI tools, will not replace humans; they will augment them. Like any automation technology, AI will liberate people from manual tasks and the drudgery of routine, repetitive work.  AI will free people to focus on more value-added activities, making them much more productive and effective at what they do.

For example, when Kelly Blue Book brought in statisticians to determine car valuations, the existing analysts who were responsible for publishing car prices didn’t disappear. Rather, with the help of statistical models, their output grew exponentially. With the help of statistical models, they moved from publishing monthly values for the entire country to weekly values for 51 regions in the U.S. for all models and makes of cars. The valuations analysts who initially saw statistics as a threat now view it as a tool to make them more productive and effective.

Data Analysts. In the case of data analysts, AI-infused BI will allow them to do the jobs they were hired to do. They will spend more time analyzing data than finding and massaging it; they’ll focus on predicting performance and recommending actions than creating and running standard reports and dashboards; and they’ll use AI-based suggestions as a starting point for their analyses rather than conducting endless drill downs chasing fruitless hypotheses.

Decision Makers. Likewise, business decision makers will use dashboards as a jumping off point for understanding performance rather than as a final verdict. With a click of a button, executives will see the statistical drivers of KPI performance, untethered from predefined drill paths. The tools will explain those drivers in plain text or speak to them via a digital assistant. Executives can then ask follow-up questions by typing plain text into a search bar or chatbot or speaking their queries into a personal digital assistant. To make a decision, they can simulate the impact of various options by moving sliders representing key metrics and attributes. Or they can assess the recommendation of an AI-infused tool that crunches various scenarios using a Monte Carlo simulation.

We’re at the dawn of a new era in decision making made possible by the intersection of business intelligence and artificial intelligence. Rather than replace BI, AI will make BI more pervasive. AI-infused BI tools will be easier to use, generate more useful insights, and make business users more productive, saving companies oodles of time and money. Rather than replace human decision makers, AI will free them to focus on value-added activities and make decisions with data rather than rely solely on gut instinct.

Some of the notable features of third-generation analytics:

To dig into this third bullet, third-generation BI tools will become platforms for creating and/or applying predictive models, supplementing or replacing the work of data scientists. While they target the “citizen data scientists” today, BI vendors aim to deliver the entire analytics stack so they can report, analyze, predict, and deliver insights to any individual or application, in either batch or real-time, via a graphical or application programming interface. At the same time, they are adding data pipeline capabilities to acquire, prepare, and store data. Within the next five years, BI tools will handle all facets of data and analytics processing. Convergence is relentless.