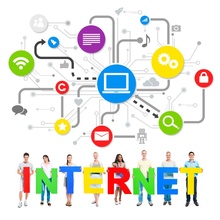 Why IoT and not SCADA?

With the many start-ups and large companies now dedicating all or some of their efforts towards Internet of Things (IoT), one could believe that it is an entirely new technological innovation wave. Yet anyone involved with factory automation would know that there has been decades of work building computers and networks to monitor and control machinery for factory automation. In fact this automation technology has a name. It’s called Supervisory Control And Data Acquisition or SCADA. Today’s SCADA systems also connect devices to the Internet. SCADA product vendors include Siemens, ABB, Emerson, Rockwell Automation, Schneider Electric and Honeywell among hundreds of others. With all of these vendors, the SCADA market is clearly quite big. For example Transparency Market Research valued it at $23B+ for 2013.

So is IoT any different from SCADA? After all, we’re talking about connecting the Internet to machinery. My view is that IoT is really a super set of SCADA that builds on SCADA accomplishments among others. Typical SCADA components include programmable logic controllers (PLCs) or remote terminal units (RTUs) which process sensor data, telemetry systems that function as a LAN or WAN, servers for data accumulation and related machinery control applications. Over decades of enhancement, these systems have evolved to meet the needs of manufacturing and other machinery control. Sounds like IoT doesn’t it? But SCADA vendors have primarily focused in serving industrial needs. With IoT on the other hand, we now see many other non-industrial uses cases for smart devices.

Further, taking into consideration Moore’s law, advanced semiconductor EDA (Electronic Design Automation), licensed semiconductor IP, open source and a proliferation of technology innovations, the cost of device instrumentation is rapidly declining. For example, hobbyists, students, and entrepreneurs can connect prototype smart devices to the Internet for less than $50. With this dramatic drop in R&D costs for device intelligence we can deploy sensors more broadly and densely than with just SCADA technology.

Yet the IoT promise is more than just better, faster, cheaper SCADA. Essential to the IoT vision is the ability to integrate and analyze data from devices and other sources in new ways that will have profound insights for both industry and consumers. Cost barriers to data analytics are melting away with cloud-based and open source data management and analytics tools, modularized code and availability of elastic, on-demand cloud computing. Democratization of analytics through powerful data analysis automation tools has broadened access beyond data scientists and BI experts. Altogether, these advances make the analytics component of IoT broadly accessible.

The combination of low cost device data access and powerful data analytics makes IoT a unique opportunity for value creation.  Essential to delivering that value will be the ability of IoT systems to contextualize information, to surface hidden events, relationships, causality and precursors. This is why I believe that IoT is more than SCADA.

Eric Rogge is an experienced technology professional with 30+ years with enterprise, business intelligence and data acquisition software and hardware. His unique combination of R&D, marketing and consulting experience provides...