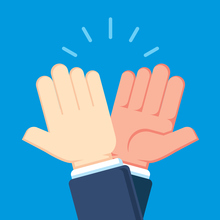 Qlik Doubles Down on Big Data - Just as Hadoop Declines

Qlik announced yesterday that it acquired Podium Data, a data lake management startup that runs on Hadoop. The move gives Qlik some much needed big data cachet and Podium Data a huge installed base of legacy BI users to chase. But the move also signals the demise of Hadoop as a modern data analytics platform of choice and the growing convergence of self-service data and analytics tools.

From In-Memory to Data Lakes

Founded in the early 1990s, Qlik rose to prominence in the late 2000s by offering a fast, highly intuitive, in-memory visualization tool. But with the advent of big data in the 2010s, Qlik’s in-memory engine with its limited storage capacity became as much a liability as a differentiator.

With Podium Data, Qlik gets a big data specialist that enables companies to create and govern data lakes at scale. It dovetails nicely with Qlik’s upcoming release of a big data index that will enable Qlik users to query detailed data in large data stores in real-time. And it’s a sign that Qlik’s new owners are ready to invest in the company’s future. (See “Qlik Unveils New Executive Team and Strategy”).

Podium Data also shores up another area of Qlik vulnerability: the lack of self-service data preparation and data catalog tools. Increasingly, BI vendors are offering an integrated triumvirate of power user capabilities: a catalog to find data, a prep tool to clean, integrate, and manipulate data, and a visualization tool to analyze and publish insights.

Podium brings a highly touted data marketplace built on a data catalog along with data preparation tools. Qlik would do well to tightly integrate these capabilities with its self-service data visualization tool, Qlik Sense.

As a big data startup that runs on a vanishing platform (Hadoop), Podium benefits by gaining shelter with a large company as it transitions to a multi-platform, cloud-based architecture. Qlik provides additional funding and engineering resources to accelerate Podium Data’s transition and a huge installed base of traditional BI and data warehousing customers who are reluctant to embrace big data solutions from startups.

Hadoop has proven overly complex to manage and administer. Hence, most companies are skipping Hadoop and going straight to the cloud. This poses an existential threat to Podium and other data lake vendors, who must now migrate their products to support a heterogeneous, multi-platform architecture.

Qlik and Podium Data have found each other at a critical time in their evolution. This could be a boon as together both can help thousands of Qlik customers enter the world of big data and cloud computing. The question is whether Qlik customers will take the journey with them.