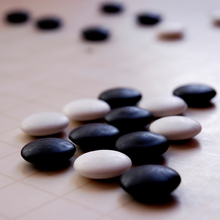 Psy Ops Part 1: How to Turn the Tide of Analytics Adoption

This is part 1 of a two-part series on how to apply PsyOps to improve BI adoption. Click here for part 2.

The U.S. military has a little-known group whose job is to turn the tide of a military action by using a variety of psychological tactics designed to sow doubt in the minds of enemy combatants or gain the support and backing of local inhabitants.

The tactics of this psychology operations (PsyOps) group range from broadcasting Western propaganda via overseas radio and television programs and conducting mass leafleting from airplanes to more aggressive means, such as blasting non-stop rock-and-roll music at high volumes—a tactic used to expedite the ouster of Panamanian dictator Manuel Noriega in 1989.

Likewise, business analytics directors need a PsyOps playbook that they can employ to turn the tide of business analytics (BA) adoption. Many BA programs are on the slippery slope of BI adoption and never seem to get traction, despite providing state-of-the-art tools and technologies.  The problem usually stems from entrenched ways that business people consume data and reports and their deep-seated distrust of IT organizations.

To overcome these tendencies, BA directors need to develop psychological tactics that cultivate a positive view in the business community of the BA team and its output. The tactics should encourage business people to ally with the BA team rather than circumvent it and embrace new ways of consuming reports and data.

Below are a number BA “psych ops” tactics that have proven effective in various organizations with whom I have consulted or spoken with.

BA teams are notoriously bad at marketing themselves. They often work feverishly to deliver clean, integrated data, but few business people recognize or value the effort. To counter this tendency, BA programs should place a watermark or seal on their reports to differentiate them from spreadmarts and data shadow systems that permeate every organization.

Like a Good Housekeeping seal, a BA watermark indicates that a report has been vetted and is safe to use for making decisions. It indicates which data is trustworthy to use and which is not. Since most business people want to use trustworthy data, this tactic increases usage of BA-produced output and decreases spreadmart consumption. The watermark also doubles as the BA team’s brand since it conveys the real value the BA team delivers: its ability to deliver clean, integrated, and standardized data.

Although many business users want self-service data access and reporting, many aren’t capable of using the tools without creating inaccurate or inconsistent results. But it’s a no-win proposition if BA professionals deny business users access to these tools. Typically, business users get upset and decide to purchase the tools and use them without BA’s approval or support (at least until they get in over their heads).

To reverse this lose-lose dynamic, BA directors need to proactively provide self-service tools to business users and configure the tools to access governed sources of data. Most importantly, BA managers need to make access to the tools a universal commodity, with one caveat: business users need to pass a test to obtain a license and gain various levels of permissions within the tool. For instance, a score of 75 out of 100 might grant users a basic tool license with access to standard reports, while a score of 95 might gain them permission to extend existing reports or create new ones from scratch and share them with others.

These BA tests put the onus on business users to prove they have the skills to use tools in an appropriate manner. More importantly, they remove the BA team as an intermediary between business users and their data. They also help establish the perception that self-service data access is a privilege earned through merit and skill rather than an unconditional right of being an employee with a certain title. In fact, testing can create friendly competition among business users to elevate their status within the organization.

Most organizations establish BA programs as shared service functions designed to meet the needs of all business units and groups. Executives evaluate BA teams based on their ability to respond quickly and effectively to business requests. In this dynamic, the business leads and the BA team follows wherever it goes.  Usually, the BA team never keeps up.

The BA team can change this dynamic by creating a grants program to solicit applications from the business for BA projects. Here, the BA team is in the driver’s seat, deciding which projects merit their attention and resources. With a grants program, business units compete for free resources and funding to support pet analytics projects. And the BA team proactively selects projects worth doing, rather addressing every request it receives, many of which are of dubious value to the organization.

A grant program is a great way to kick start a new advanced analytics program where none exists. It might also be a great way to revive a moribund BI program by creating an elite BI SWAT team that engages division heads at a strategic level and builds analytic applications in a few short weeks using agile data platforms and visualization tools. I’ve seen both tactics work successfully in organizations. (See BI SWAT Team to the Rescue.)

BA teams are often perceived as distant and aloof and unavailable to answer questions on demand. One way to change this perception is to establish office hours in which key developers are available to answer any question from any user on a walk-in basis.  Teams that have implemented office hours report that they have a steady stream of highly appreciative business users using the service.

A related way to make the BA team more accessible (and appreciated) is to conduct regular “lunch and learns” where various members of the BA team take turns discussing topics or problems that they encounter frequently when working on business analytics projects. Lunch and learns are another way to improve the accessibility and favorability rating of the BA team.

Our military personnel have learned the hard way that bombing the enemy into submission doesn’t work. The key to victory involves changing the “hearts and minds” of enemy combatants or at least the native inhabitants whose tacit or explicit support the enemy needs to continue fighting. Likewise, BA teams must employ psychological tactics to change long-standing business perceptions about the BA team and alter habits in the way business people consume reports and data. Stay tuned for the next blog in this series which presents four new PsyOps tactics.