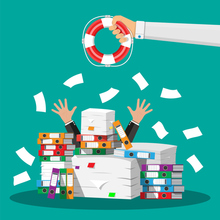 How to Master Report Sprawl

Our industry loves to chase shiny objects—today, that means the cloud and artificial intelligence. Yet, in our quest for what’s new and sexy, we often neglect what’s tried and true. Today, 100% of companies run on reports; even all-digital companies rely on reports and dashboards to monitor core processes and gauge their progress toward achieving strategic goals.

Despite our reliance on reports, the state of reporting in most companies is awful. There are too many reports in too many locations created by too many different people and tools. The reports contain conflicting or inconsistent data rendered from different systems at different times at different levels of granularity. Most reports are variations on the same theme. Most are used sparingly, yet they continue to consume processing and people time to produce.

If this describes your environment, you are suffering from report sprawl. But don’t worry--this disease afflicts most companies, even data-driven organizations that excel with analytics. The root cause is universal: it’s caused by a plethora of business intelligence (BI) tools, a lack of disciplined reporting practices, and self-service initiatives gone awry.

For business users, report sprawl creates confusion and frustration. They have to go to different locations and use different tools to access different reports before they can craft a plan or make a decision. When reports contain conflicting results, business users either fudge the numbers or  ask IT to create a new report, which exacerbates the problem. Worse yet, they rely on intuition rather than data to make decisions, which is not an ideal way to run a business!

For BI administrators, report sprawl is a nightmare. Redundant reports, tools, and processing eat away at the BI budget and increase maintenance costs. Report sprawl undermines security, as siloed data analysts create and share reports without governance or coordination, potentially exposing sensitive corporate information. When regular business users can’t find the right report, they often stop using BI tools, which creates a lot of BI shelf ware. Before long, executives start questioning the value of the BI team to the company, which puts jobs and careers in jeopardy.

If your organization is afflicted with report sprawl, don’t despair, there is a fix. All you need is a little organizational savvy and some extra spending money.

The first step to address report sprawl is to implement a report catalog. This emerging technology does for reports what a data catalog does for data, but a lot more. A report catalog—which Gartner calls an Analytic Hub—has two major functions:

Enterprise Report Portal. A report catalog gives business users one place to go to find and use enterprise reports. In essence, it’s a universal report portal that collects and displays reports across all BI tools, such as Tableau, Power BI, Business Objects, and Qlik. When users click on a report in the portal, it pops up as a live document in a frame of the catalog. Users then interact with the report through its native interface. Security is governed by the BI tool that runs the report, which receives authentication credentials from the report catalog.

Like the portal inside a BI tool, a report catalog presents business users with reports related to their role, department, or subject areas, as well as ones they’ve recently accessed, subscribed to, or designated as a “favorite”. They can search for reports using keywords, metrics, or dimensions and investigate metadata for any report to understand its origins, owners, fields, and users. They can rate, share, and comment on reports and view them on a mobile device. But unlike a BI portal, a report catalog gives users access to reports created by any and all BI tools in the organization.

Some report catalogs support more advanced functions, such as the ability to drill from a report to the source system that feeds it so users can validate data in the report directly against the originating system. It might also give users the ability to view two reports side-by-side to compare fields to see which one is the best for a specific task or decision. Some even display reports in a workflow arrangement, allowing a team of users to manage a complex process, such as order to pay, that involves reports from multiple systems. (See figure 1.)

Figure 1. A Workflow Within a Report Catalog

The tabs at the top represent live reports that users step through in a workflow format. Courtesy, Zenoptics.

Enterprise Report Administration. While a report catalog is a godsend for business users, it’s an even bigger blessing for BI administrators. With a report catalog, administrators can track report usage across BI tools. Some track the number of active BI licenses per tool and display cost savings that would result from deleting unused licenses. This gives BI administrators ammunition to justify the consolidation of reports and BI tools. Once executives see usage in black and white, they might be willing to handle the backlash that inevitably arises when a company decommissions a BI tool. (See figure 2.) 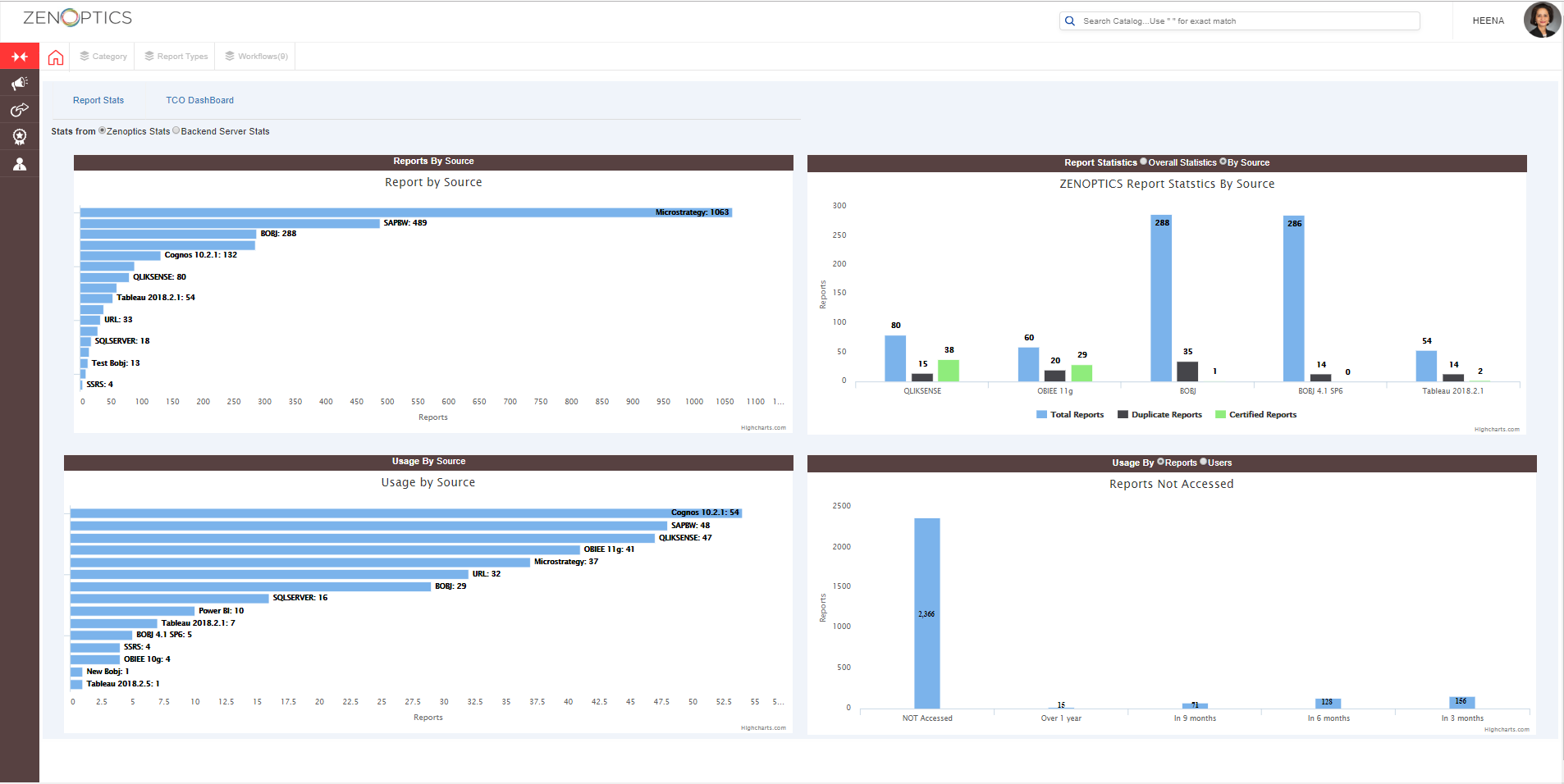 A report catalog also allows administrators to track metadata, including fields, across reports. This enables them to identify duplicate and overlapping reports. A report catalog houses this metadata in a BI dictionary, which administrators can use to perform impact analysis. When a field in a source system changes, they can identify downstream reports that will be impacted. Admins can also use a report catalog to certify reports and attach a seal which indicates that the report contains clean, valid data and is safe to use for decision making.

The second key to managing report sprawl is report governance. Companies should establish a process for governing reports before they embark on a self-service initiative. Otherwise, they’ll forever chase reports instead of govern them. Ideally, they require all standard reports (for the enterprise or an individual department) to go through an agile review process so relevant stakeholders (e.g., data owners and BI administrators) can inspect the new or modified reports to ensure they align with corporate standards.

For example, a report review team typically examines conformance to data definitions and metric calculations as well as whether it adheres to design principles for layout, branding, colors, and so on. A technical team might check the report for scalability and performance and perhaps rewrite it to run on a standard corporate BI platform. Once it passes the review process, it receives a seal of approval. Some report catalogs attach a certification mark to a report’s metadata if it has passed review. (See figure 3).

Another important way to govern reports is to offer certification to business users that want to create and publish reports. Once they go through training and pass a test that examines their knowledge of corporate data standards and processes, they receive a certificate and permission to access certain data sets, create and/or modify reports, and publish the results.

Report sprawl is a serious but under-recognized problem. Unless companies master the basics of report creation and distribution, they won’t succeed with higher-level endeavors, such as data science. They simply won’t have the tools or processes needed to govern self-service environments. A report catalog is a great way to gain visibility into corporate reports, track usage, and establish processes for governing or avoiding report sprawl.